The Snuggle is REAL 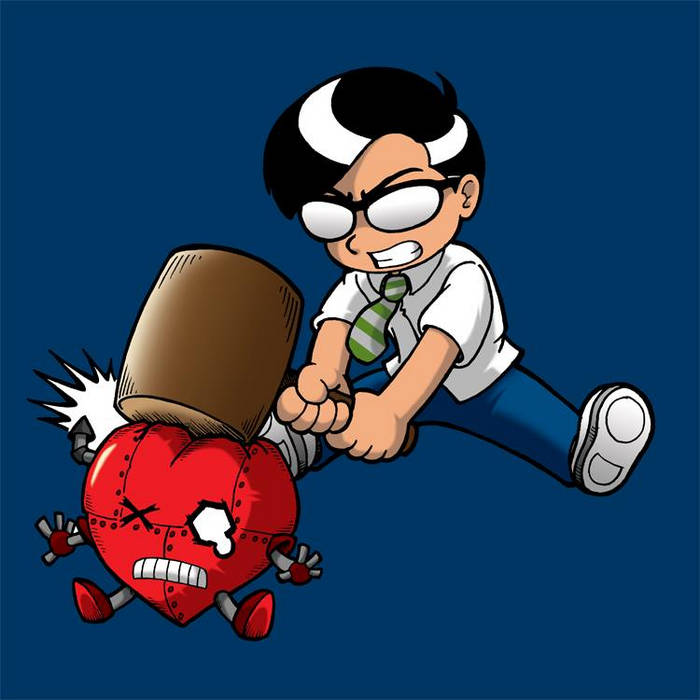 Jessica Evans aka PokeMC Sapphire Every song is a jam, and it features an all star cast of guests on these tracks about sadness, loneliness, and other super fun topics we dont always have the balls to talk about, yet Mikal always manages to turn into songs you cant stop singing. Such a great album, and I highly suggest that you buy this AND Human Disaster. Just saying. Favorite track: challenge your audience (featuring MC Frontalot & More or Les).

Mikal kHill has crafted a heck of a record here. Can't wait to see what he does next! Favorite track: summertime sadness (featuring Adam WarRock & Chokeules).
more...

"kHill put a lot of work into the construction of the sound of this album, and the payoff is some really fun tracks that keep rewarding with repeat listens." - scratchedvinyl.com

A formal precursor to the 2016 release, "Human Disaster," "The Snuggle is REAL" sets the tone for kHill's latest development in his sound, showcased succinctly in an album of 90's flavored production that calls to mind Pete Rock, early DJ Muggs and even Rza. It's a fresh take on kHill's signature bitcrushed prog-samples, filtered basslines and crunchy drums, with each song accompanied by guitarist Andy Weant's tasteful fretwork.

Assembling a who's-who of nerd rap allstars, this album features many first-time collaborators including nerdcore OG MC Frontalot, as well as standout's Schaffer the Darklord, Mega Ran, numerous members of the Backburner crew, and more.

There are currently no plans for a CD release of this album, but collectors will have the option of purchasing the album as as limited edition cassette, which of course comes with a digital download for your MP3 player.

Produced by Mikal kHill, except:
"summertime sadness" and "light of day" produced by cecilnick.

Mixed by cecilnick of Autocorrect (autocorrectsound.bandcamp.com).
Recorded by kHill & cecil with help from Chris.

Bandcamp Daily  your guide to the world of Bandcamp