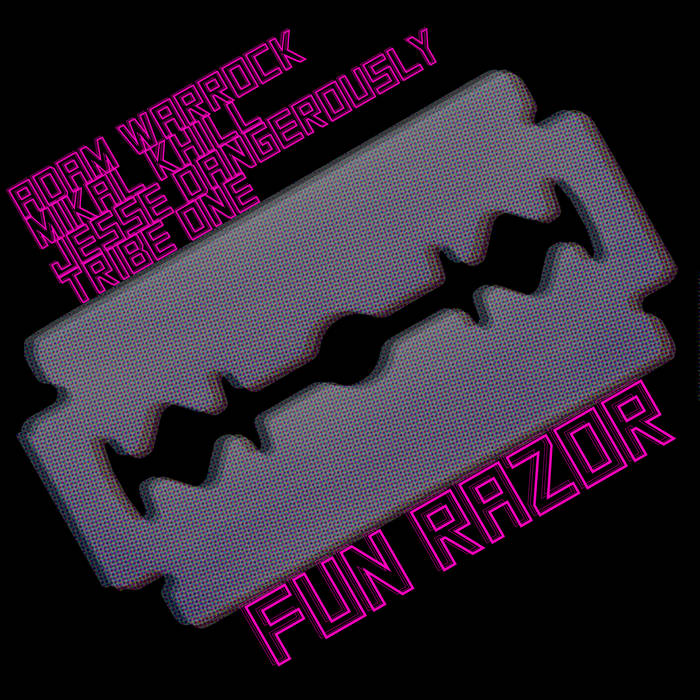 Jordan "AToastyStrudel" Johnson Made me a little emotional. Kickass overall. Favorite track: "Coming Out Wrong" (Original Beat from "Different" by Tribe One).

Jay-Radd "FUND RAISER" (took me weeks to figure that out) is a work of genius. The swapping of instrumentals amongst musical peers is a practice that needs to happen more often. Just imagine if The Rolling Stones had traded guitar tabs with The Beatles, or Biggie Smalls swapped beats with Tupac; great right? this sort of collaboration is indicative of a cultural evolution that just gives me the biggest Mind-Boner. Favorite track: "MY NAME IS DEMONOS" (Original beat from "WHATS YOUR NAME" by Mikal kHill & Romero Shaw).

modem This album always confuses me. Favorite track: "Ultraman" (Original beat from "Kaiju" by Tribe One).

Dexter Some of these guys' best work. The choice to switch beats was incredibly deft. Favorite track: "Nerd Cred" (Original beat from "Tim I Said No Guests" by Jesse Dangerously & Timbuktu).

On this collection you'll hear each of the rappers from the NOFRIENDS 2012 tour rapping over their personal favorite beats of each other's. Proceeds go to covering our expenses on tour, once we have exceeded our goal of 200 copies sold the tour will be completely financed! Thank you for your support!

"As we geared up to announce our tour in September, the idea of a new album of material to help cover gas and random expenses occurred to us. Jesse was big on doing it as a concept-heavy affair, so we decided that doing something beyond a simple mixtape or industry-beat-laden compilation would be the way to go. As such, we decided instead to rap on each other's most coveted beats. Enjoy." - kHill

All songs mastered by Mikal kHill in the HOUSE OF KHRACK.

Bandcamp Daily  your guide to the world of Bandcamp